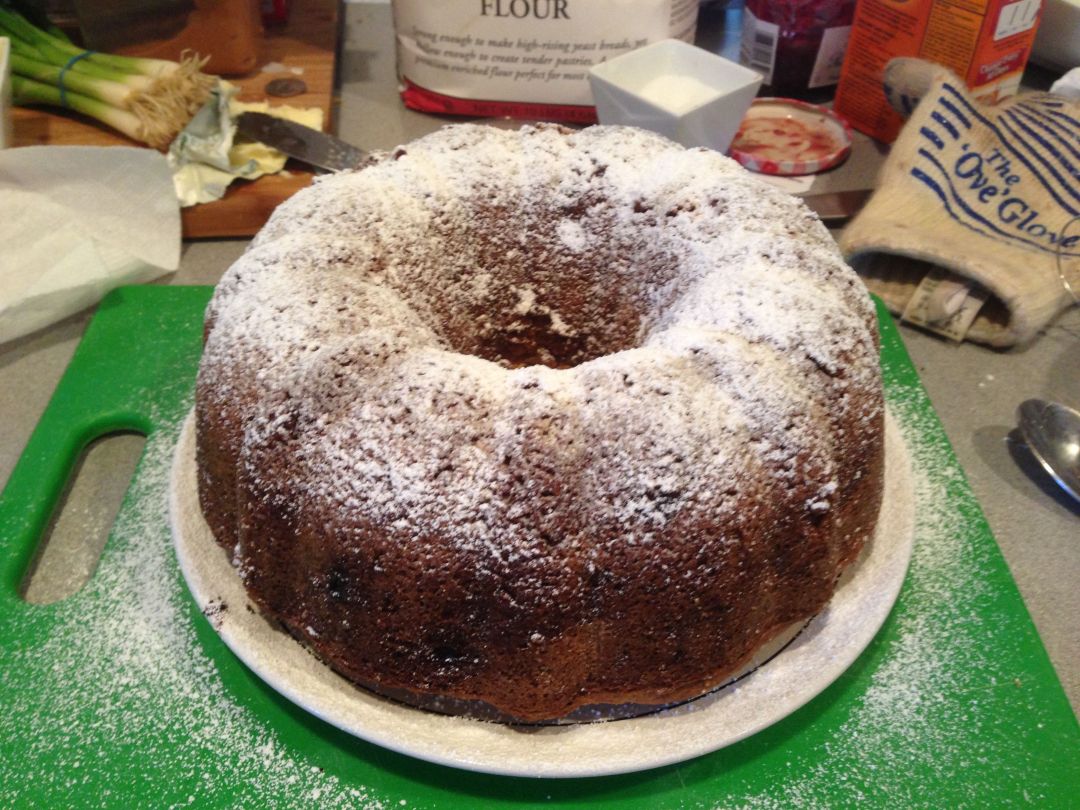 Of all the things people ask me to make, and I oblige, the World’s Best Apple Cake is at the top of the list (second only to the World’s Best Chocolate Cake).   Many apple baked goods suffer from a lack of cohesion— apple pies (and their ilk) often feature hard or brittle crusts with soft sugary apples in them.   When the crust and pie filling aren’t married (but crash into each other) there is a discordancy that I find highly unsatisfying.    On the other hand, the term apple cake brings up the idea of some kind of bad grandmotherly offering– some kind of dry, crumbly thing that has as much apple flavor as a dry martini has vermouth.

On the other hand, this cake has it all– deliciousness, moistness, crunchy yummy streusel topping, and of course, rich and real apple flavor. It comes from the The Cookie Shop and the original recipe is here.  Many recipes called “the best” aren’t even close, but this one really takes the cake (:]).  Seems like that recipe was adapted from an original Martha Stewart recipe (who got it from someone else) which confirms that everything has been done, but still it’s a great recipe.

However, as always, I found it necessary to make a few tweaks.

Streusel Topping*:
1/4-1/2 cup pecans
1/4 cup brown sugar
2 tablespoons flour
1/8 cup butter
pinch of salt
1/4-1/2 tsp vanilla
1/8-1/4 tsp cinnamon
Combine pecans, flour, brown sugar, vanilla and unsalted butter and salt, to taste, in the Cuisinart or equivalent.
Grind to till combined, paste-like but not paste.
Lay in the bottom of the bundt pan; pour on batter about 1/3 full.  Add another “stripe” of streusel.”  Fill the bundt pan with the remaining batter, then top with the rest of the streusel topping.
*This is totally improvisational, and all amounts are approximate.  I usually don’t measure at this part, so you’ll have to find the amounts that work for you.  I find it hard to get it wrong.