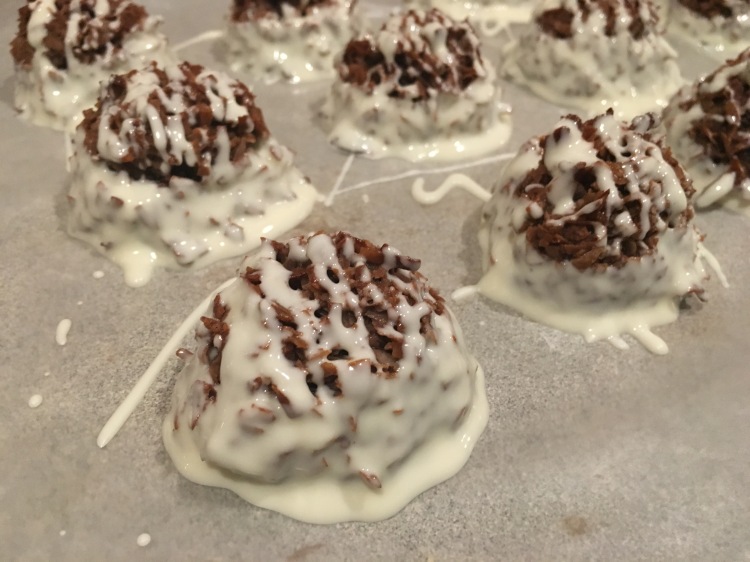 Of course, there were always coconut (plain) and chocolate macaroons for Passover when I was growing up and I always loved chocolate better until I discovered home-made coconut macaroons dipped in chocolate that were so much better.

Taking a page out of a recipe from the Barefoot Contessa, I added some chocolate to a half batch of regular macaroons I had made.  After they came out it just so happened that I had some Ghiradelli White Melting Chocolate and a bit of coconut oil which I melted and dipped them in.

I just barely got the picture taken before they all dissappeared.