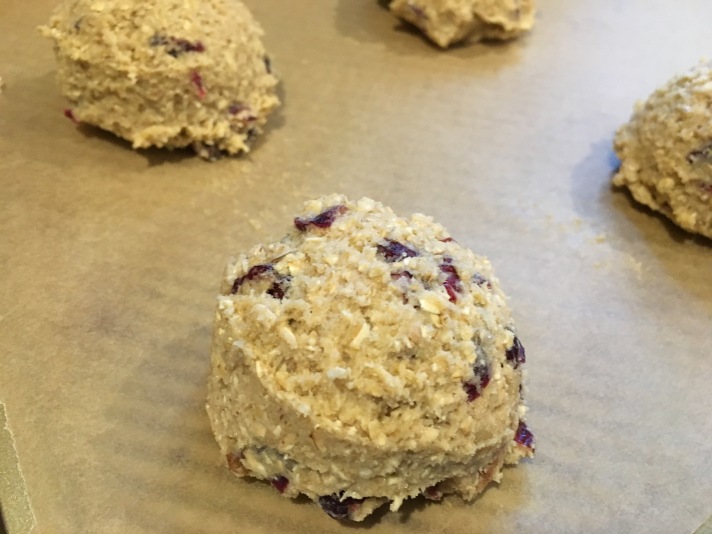 Many of my readers know about my white-whale like obsession with making an oatmeal cookie like those found at Petsi’s, a bakery in Somerville, MA.  I have detailed in previous cookie recipes I have written here and here.  In those recipes I discuss how I discovered the missing ingredient was butterscotch extract (heartbreakingly discontinued by Frontier Co-op). However good the cookies may have been, they were not EXACTLY right for some reason.  This is despite soaking cranberries, using bread flour, and so much more.  Baking has brought out my inner competitive spirit, so I cannot rest until I have cracked the code, and I think I have finally cracked the code.

How? Unlike the other recipes, I started again from the beginning, and by that I mean I did not use my own previous recipes as a base, but experimented with others— I started with the Cook’s Illustrated/Baking Illustrated recipe for “Chewy Oatmeal-Raisin Cookies.” Of course, I changed it a lot since I like cranberries instead of raisins and completely reject their assumption that cinnamon should be jettisoned in favor of nutmeg. And of course, I added Frontier Coop Butterscotch extract, which was the best butterscotch extract anyone makes anywhere.  Aside from that, I had to make the following three changes:

Then I was ready. 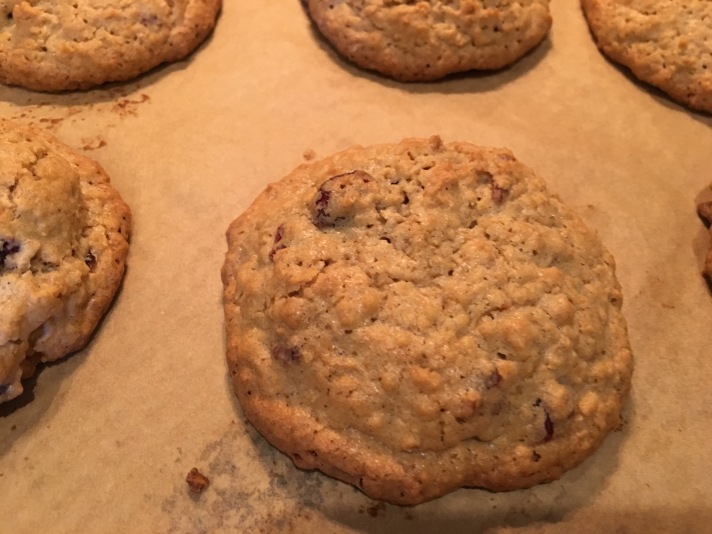